Hither Hills State Park offers visitors scenic picnic areas and fireplaces, sport fishing, a two-mile sandy ocean beach, a 40-acre freshwater lake, playing fields, a playground and a 190-site campground on the ocean. Anglers can fish year-round and obtain permits to fish at night. The unique “walking dunes” of Napeague Harbor are located on the eastern boundary of the park, which also has woodlands filled with Russian olive, oak, shad and pine trees. Bridle paths and hiking, nature, biking and cross-country ski trails are available. 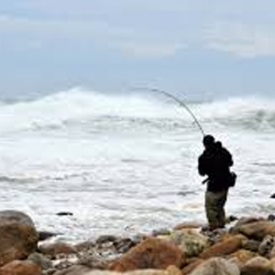 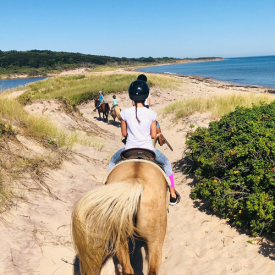 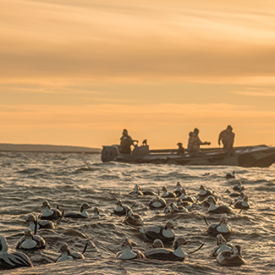 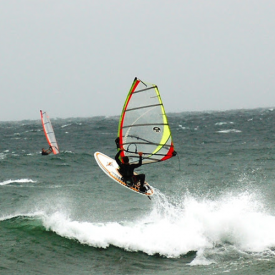 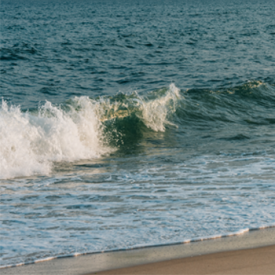 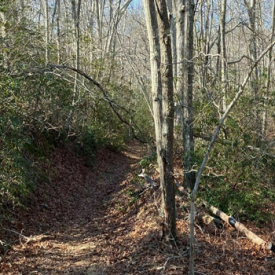 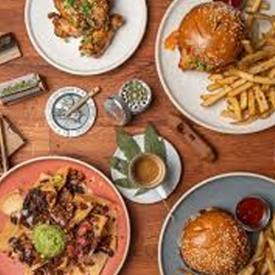 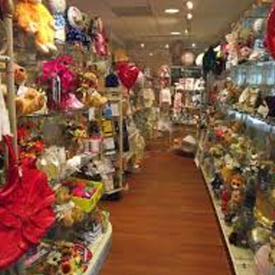 Montauk Point State Park is known as the surfcasting capital of the United States. at the Point is a popular activity, especially when striped bass is running in the area. The famous shorelines of Long Island boast prized species like striped bass, bluefish, and fluke.

The rural eastern half of Long Island and the extensive bays and tidal wetlands surrounding the island provide excellent hunting opportunities.

Eastern wild turkey provides and exciting hunting opportunity for hunters, with a fall hunting season and a youth spring season.

Seasons are also open at varying times for woodcock, crow, fox, and raccoon.

Each small game species offers a different challenge, and those familiar with a species’ habits and habitat requirements will be most successful. A well-trained dog is also a beneficial companion and is almost a necessity for some species.

Long Island holds the majority of New York’s wintering waterfowl. Tens of thousands of ducks and geese of at least 28 species are available to Long Island’s waterfowlers. The various seasons run from early October through mid-February.

Most tidal areas are publicly owned and can be hunted without special permission; access, however, is often difficult. The successful hunt generally requires a seaworthy grassboat, well-camouflaged with salt hay, or a scooter painted to resemble waves or ice for open bay broadbill rigs. For the hunter willing to scout for land, some good freshwater shooting of puddle ducks can still be found in eastern Suffolk. The east end also provides excellent goose shooting from leased lands or guided blinds.

See the brochure An Introduction to Waterfowl Hunting on Long Island, available from the DEC Region 1 office in Stony Brook, for more information.

There is an abundant population of white-tailed deer in Suffolk County. Deer hunting opportunities consist of an archery season from October 1 to January 31, and a shotgun and muzzleloader season in January. The shotgun season is closely regulated with written landowner permission required of each hunter in addition to his or her big game license. Annually, more than 3,000 deer are taken during these two seasons.

Suffolk County Department of Parks, Recreation, and Conservation (631-854-4949) offers waterfowl and deer hunting programs in some of its parks. The county waterfowl program at South Haven County Park is especially geared toward the novice waterfowler. The National Park Service (631-281-3010) permits waterfowl hunting from the Fire Island National Seashore.

Special access permits are required for all controlled hunting areas. Individuals should obtain landowner permission prior to hunting on private property. Private lands are often posted; however, with some work, open areas can be found.

Swimming is allowed only when lifeguards are on duty.

Hither Hills has one of the most scenic trails in the area. Water views along the coastal trail are not to be missed but there are some sandy areas too.

You can purchase the following souvenirs at the Camp store:

Connect With Us
PROUDLY MANAGED BY GUEST SERVICES, INC.

This website uses cookies to improve your experience while you navigate through the website. Out of these, the cookies that are categorized as necessary are stored on your browser as they are essential for the working of basic functionalities of the website. We also use third-party cookies that help us analyze and understand how you use this website. These cookies will be stored in your browser only with your consent. You also have the option to opt-out of these cookies. But opting out of some of these cookies may affect your browsing experience.
Necessary Always Enabled
Necessary cookies are absolutely essential for the website to function properly. This category only includes cookies that ensures basic functionalities and security features of the website. These cookies do not store any personal information.
Non-necessary
Any cookies that may not be particularly necessary for the website to function and is used specifically to collect user personal data via analytics, ads, other embedded contents are termed as non-necessary cookies. It is mandatory to procure user consent prior to running these cookies on your website.
SAVE & ACCEPT